The leader in its class

So who is Claude Bernard?

A Claude Bernard creation is more than a mere watch; it is a miniature ‘time machine’ of engineering and design excellence forged from 500 years of Swiss watchmaking tradition.

In the mid-16th Century Frenchman John Calvin broke with the Roman Catholic Church and fled to Geneva. French Huguenots followed him but when Calvin banned the production, and wearing of, jewellery because it had ‘no place in the worship of God’ local goldsmiths and jewellers were forced to turn to a new trade – watchmaking.

Most of these craftsmen farmed during the warmer months and honed their watchmaking skills in the winter and Les Genevez, a plateau high in the Jura, became a focal point for what became a roaring trade.

And it’s in Les Genevez today that Claude Bernard, founded in 1973, creates its gorgeous timepieces, either with mechanical or quartz movements, all assembled with a passion for detail.

Today, Claude Bernard prides itself on using the most modern of materials in its watches but without forsaking that magnificent Swiss watchmaking tradition.

Precision, quality, reliability and attention to the finest detail are hallmarks of Claude Bernard watches, now distributed to more than 70 countries throughout the world.

From sleek diver’s models such as the Aquarider to the slick Sophisticated Classics dress watches and the elegant, ultra-feminine Dress Code family, Claude Bernard’s portfolio is as diverse as watch-buyers themselves.

Combining tradition and innovation and the highest quality but without the price tag to match, Claude Bernard watches are the best value Swissmade watches available today. 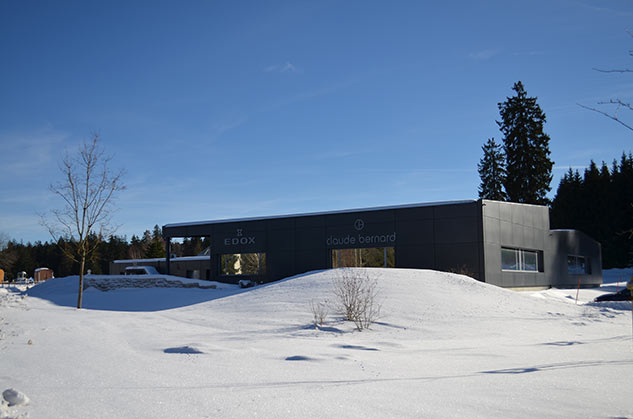